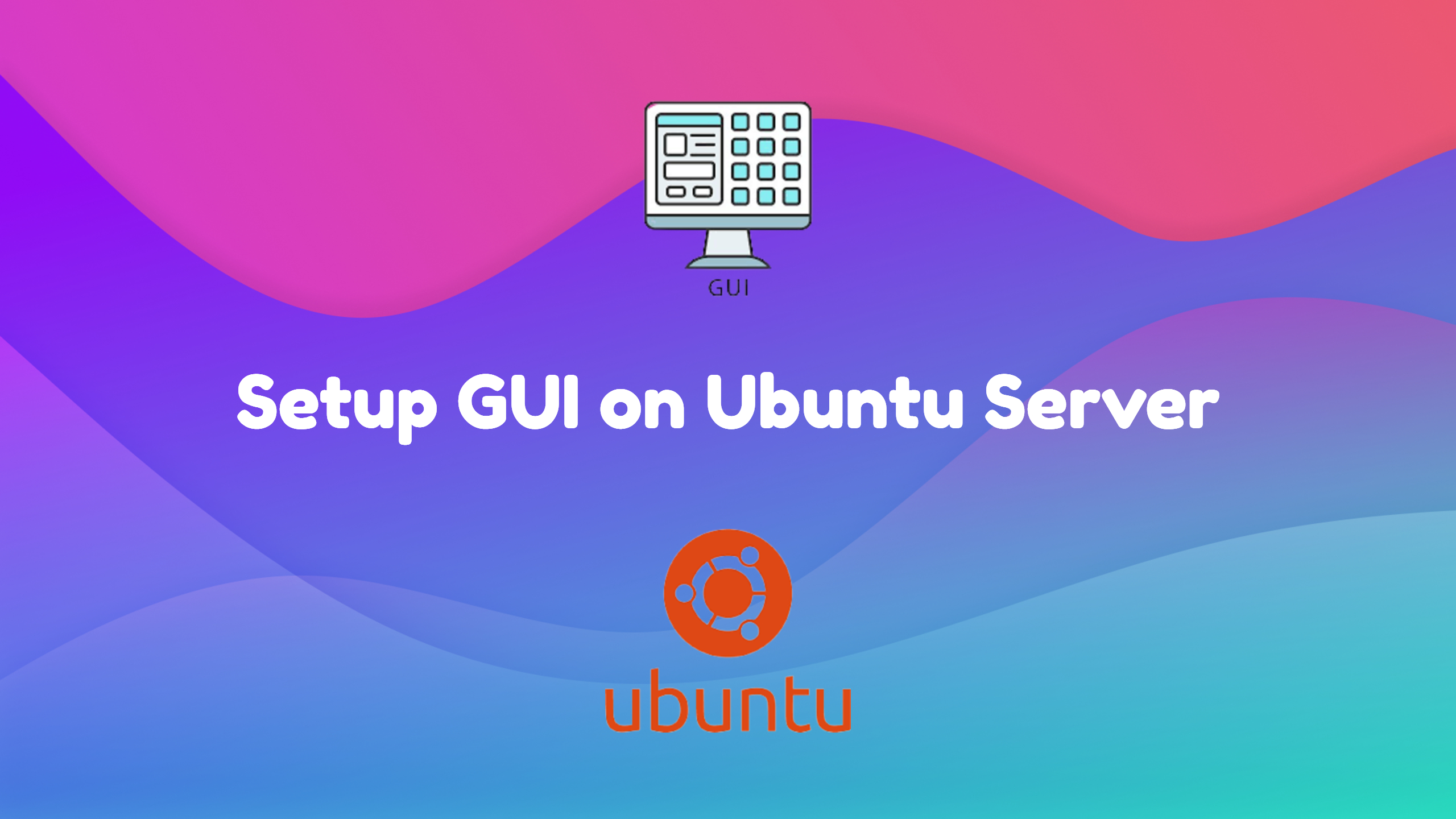 Today we'll guide you through the setup of running Ubuntu Desktop on an AWS EC2 instance using TightVNC Server on a EC2 Instance Running Ubuntu 16.04+.

Why is it needed?

Sometimes it's difficult to do stuff on Ubuntu without a Desktop Interface. And AWS also doesn't support GUI Ubuntu Instances till now. After configuring GUI using this guide, you could extend the functionalities of a Ubuntu Server.

Next, Open Command Prompt as shown below.

Type this command and replace this with your own values.

Now that you're connected using SSH to your Instance, you can proceed to the steps below.

Run this command to configure GUI.

After running this command, it will ask you for a password to set for connecting to Ubuntu Desktop. You can set it to anything you want but remember it. This password will be asked for two times for confirmation. After entering the password two times, type y, press enter and type the same password again two times.

Run this command to install lxde and xrdp Desktop Environment.

After this command runs successfully, you've to change the password for the user ubuntu to connect to your Instance.

This will ask you to set a password two times, I'll type the same password as I typed previously, but you can type as per your wish. Again, remember your password.

Connecting to your New Ubuntu Desktop!​

After few moments, you should end up with a Ubuntu Setup Window. Set up Ubuntu Desktop and enjoy!

Thanks for reading! Stay Updated to our YouTube Channel for more Guides.